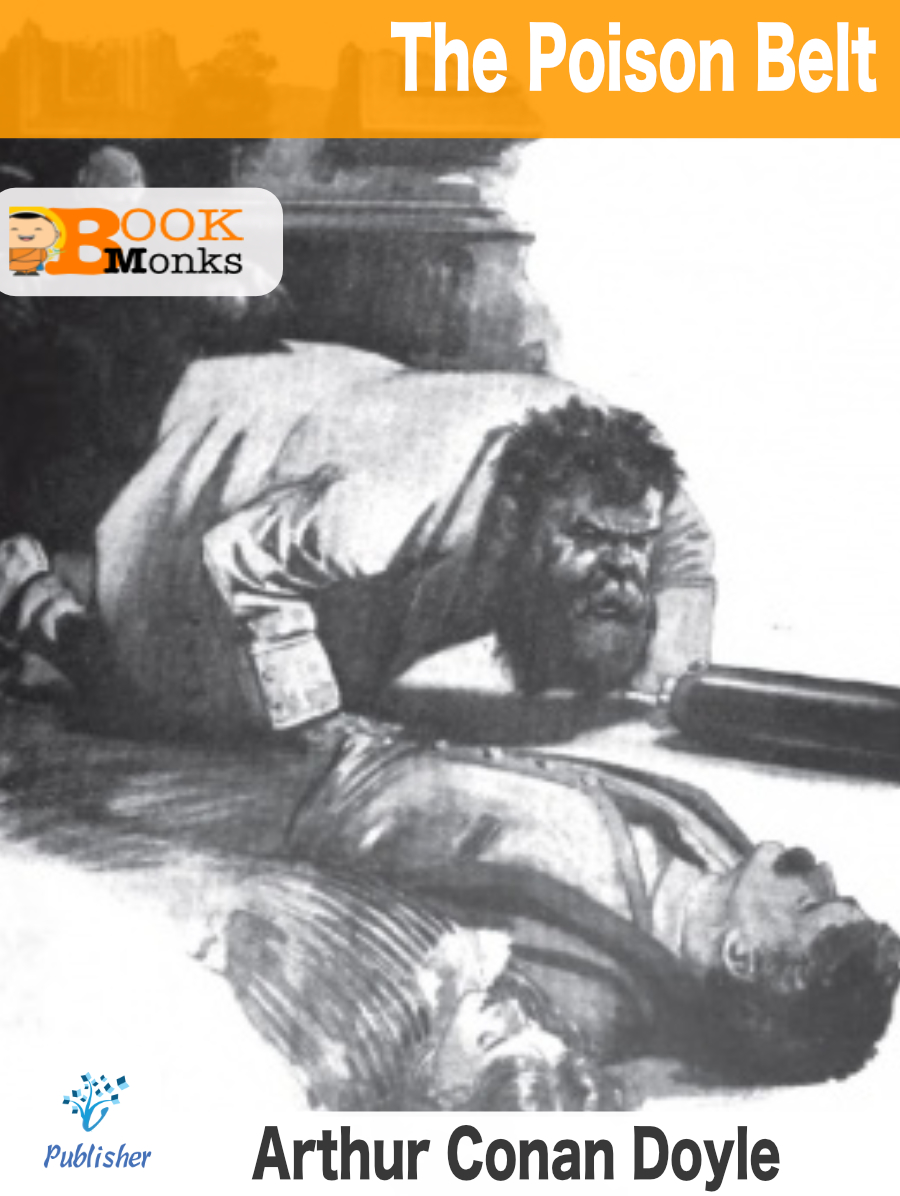 The Poison Belt was the second story, a novella, that Sir Arthur Conan Doyle wrote about Professor Challenger. Written in 1913, roughly a year before the outbreak of World War I, much of it takes place in a single room in Challenger’s house in Sussex – rather oddly, given that it follows The Lost World, a story set largely outdoors in the wilds of South America. This would be the last story written about Challenger until the 1920s, by which time Doyle’s spiritualist beliefs had begun to influence his writing.

Challenger sends telegrams asking his three companions from The Lost World — Edward Malone, Lord John Roxton, and Professor Summerlee – to join him at his home outside London, and instructs each of them to ‘bring oxygen’. On arrival they are ushered into a sealed room, along with Challenger and his wife. In the course of his researches into various phenomena, Challenger has predicted that the Earth is moving into a belt of poisonous ether which, based on its effect on the people of Sumatra earlier in the day, he expects to stifle humanity.

Be the first to review “The Poison Belt” Cancel reply