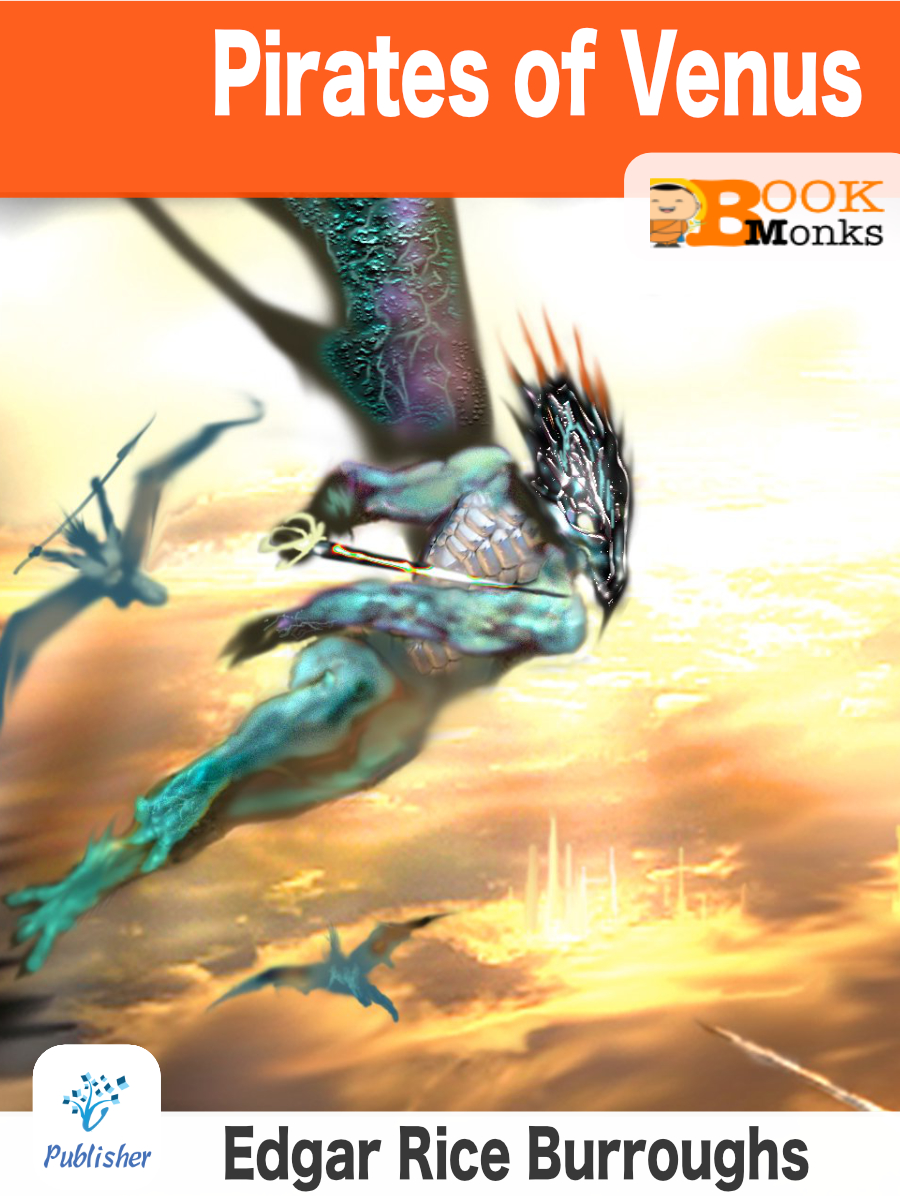 Pirates of Venus is the first book in the Venus series (Sometimes called the “Carson Napier of Venus series”) by Edgar Rice Burroughs, the last major series in Burroughs’s career (The other major series were the Tarzan, Barsoom, and Pellucidar series). It was first serialized in six parts in Argosy in 1932 and published in book form two years later by Edgar Rice Burroughs, Inc. The events occur on a fictionalized version of the planet Venus, known as “Amtor” to its inhabitants.

The novel contains elements of political satire aimed at communism. The novel’s villains, the Thorists, start a revolution in the nation of Vepaja for their own good only, cheating the uneducated masses and killing or driving away those doctors and other highly educated that form the foundation of the society. Throughout the book the Thorists remain distant and unreal, and those few that the hero Carson Napier meets are often stupid or incompetent. (Also the Kalkars, villains of The Moon Maid, are clearly modeled on the Russian Communists.)

Be the first to review “Pirates of Venus” Cancel reply